The B-Word Conference: a Nice Crony Hangout or an Ultimate Moment of Truth?

All events in our lives are divided between those diligently/consistently researched and consciously invested into (whether stocks&bonds, or just time and efforts) and those that we simply follow based on our intuition and crowd direction. Scrupulous self-conducted research often, but not always, leads to a desired outcome, while intuition simply tells us that something good/valuable may or may not come up, even if we are not sure it exists. Even a most hopeless nerd at least once in his/her lifetime played the lottery or a slot machine. "I'll give it a chance" - he says to himself. – "Only today, and if it doesn't work, I'll forget it!"

But even if it doesn't work, and, for example, later our character learns that the lottery was a zero-prize-fund hoax from the very beginning, it doesn't mean he never plays again. Temptation is the answer. The very one that drove the Evangelical Adam and Eve to taste the forbidden fruit. We never try and fail only if there is zero chance of an event or thing to happen. Even if a probability stats tells us that some desired event most likely won't happen in our lifetime, we still try to challenge our inner sleeping beast and be able to compare ourselves with those who appear luckier.

We are happy if we can empower our research findings by an itchy lucky bet, but in a modern world we, more often than in old good days, admit that simple maths doesn't deliver. We turn to our intuition – also more often than before. Crypto skeptics' main point is that the crypto investors too much mindlessly gamble, and that there is no place for a traditional fundamental approach to the thing. They are probably right, and it would be magnificent if it contained both, but the beauty of common intuition still urges us to act, and that is how our thoughts become material. These thoughts only occasionally need spark plugs, and we gradually acknowledge the essence of ignition in a vehicle movement. These imaginable sparks are produced by events similar to one that occurred this Wednesday and was called a "B-Word Conference" organized by the Crypto Council for Innovation.

Bitcoin extended its comeback from a brutal sell-off, advancing more than 7% and briefly touching $32,000. Smaller cryptocurrencies ether and XRP also rebounded, up 10% and 7% respectively. The price of cryptocurrency Ethereum is also on the rise after Elon Musk confirmed he owns it. Musk also said he owns Bitcoin and Dogecoin. Musk also expressed his support for cryptocurrency in general, despite environmental concerns related to mining. What is going on again?

The B-Word Conference was widely announced and reportedly created to "demystify," "de-stigmatize" and "correct the mainstream narrative" around the lead cryptocurrency Bitcoin and promote its institutional acceptance and use.

Elon Musk was speaking on a panel vis-a-vis Jack Dorsey, renowned CEO of Twitter and payment company Square, along with ARK Invest CEO and founder Cathie Wood, who were answering questions from moderator and Square Crypto lead Steve Lee.

Perhaps, unsurprisingly, all participants outright downplayed the existing price trends, ambiguous legislative moves and governmental bans, as well as plethora of various rumors, gossips and mockings. Square (SQ) frontman Jack Dorsey said that, no matter what, he is establishing a new business unit that will combine Seller, Cash App & Tidal to focus on "building an open developer platform with the sole goal of making it easy to create non-custodial, permissionless, and decentralized financial services with primary focus is Bitcoin". 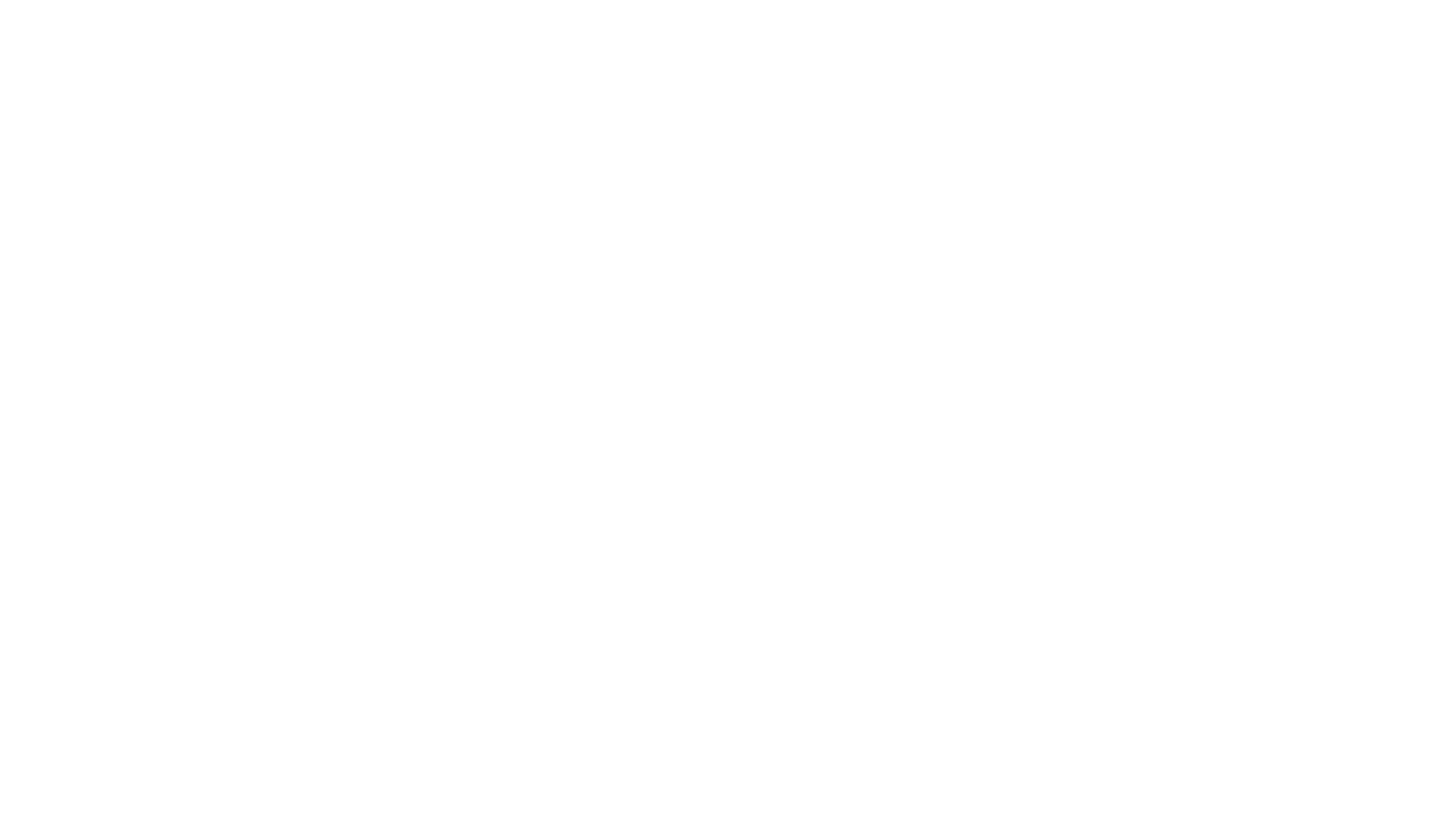 At the time, I was watching the show on one display, while simultaneously typing my comments under the corresponding Facebook repost. Here is, for example, a short fragment of my (ME) debate with one of my fellow skeptics (FS): FS: About the sovereign digital currencies. They are preparing the legislative ground for the introduction of national cryptocurrencies, through which impersonal transactions will be impossible. ME: is understandable. But this is not an alternative, but a parallel business. FS: is all that, but so-so. Until there is a distinct beneficiary of the crypto, ones with near-zeros at the moment will end up with definite zeros. Behind any currency is the economy, behind which is the army and the navy. ME: first of all, it is not the economy that is behind a currency, but the printing press is. FS: there is only one country in the world that until recently turned on the printing press relatively painlessly and, by coincidence, is the # 1 economy. ME: Well, no, I will surprise you, but there are at least 30 such countries (reliably calculated), governed by four powerful central banks.

Just like in case of the Internet in the late 80's, at the turn of the 21st century, the idea of cryptocurrencies seemed like science fiction, and it would hardly evolve into the state of their adoption as legal tenders of several sovereign countries (and more to come) unless traditional fiat currencies became epic failures (nothing had indicated back then the things would develop such a wrong way for the latter.

Elon Musk's posture about the notorious reason he discontinued accepting Bitcoin for Tesla car sales didn't sound particularly convincing. Although Musk repeated his support for cryptocurrency in general, despite potential environmental risks, he said, "One thing you do need to watch out for with crypto, especially Bitcoin, using proof of work, using energy that's a bit too much and not necessarily good for the environment." Jack Dorsey argued that there are lots of redundant electric power capacities worldwide — some of them "clean", while others not so clean — and utilizing them for mining that creates and stores value is not their worst application. Eventually, Musk seemed to have changed his mind completely and said that Tesla will 'most likely' restart accepting Bitcoin as payments again. Moreover, Musk eventually acknowledged that there has been some progress made toward sustainability. "It looks like Bitcoin is shifting heavily toward renewable energy use," he said. As bitcoin mining is increasingly powered by renewable energy, Musk said, Tesla will likely move to accept bitcoin for transactions once again.

He also confirmed he has been holding his Bitcoin long-term. "If the price of Bitcoin goes down I lose money. I might pump but I don't dump," Musk said. "I definitely do not believe in getting the price high and selling or anything like that. I would like to see Bitcoin succeed." Sic. Bitcoin does some things well, and it's evolving. "Usability for the average person is not great but it has a lot of potential. "On balance I support Bitcoin and cryptocurrency in general." Musk also confirmed that both Tesla and SpaceX own Bitcoin, and no other cryptocurrency at this time.

Cathy Wood's most memorable point was that the world has many undemocratic regimes where people became hostages of weak economies with permanently falling currencies and deadly inflation rates. Consequently, the adoption of crypto as legal tender is nearly the only remaining option for them to preserve capital and tackle growing poverty.

She also criticized the definition of the crypto currency ownership as owning an intangible asset. She called it unfair and asymmetric when such an asset appreciates, the law doesn't require to reflect relevant changes on the balance sheet, while if it happens contrary, then mark down to market is mandatory. "No, they are not intangibles", she said. "It's a misconception".

Remarkably, Ark Invest led by Cathy Wood continued to double down its exposure to the crypto market through its Coinbase stock investment. In a recent research report, Ark Invest noted that some financial institutions are "well informed on the Bitcoin market".

"Critics often point to Bitcoin's volatility as a "store-of-value deal-breaker." Why would anyone want to store value in an asset with such dramatic swings in its day-to-day price? In our view, these critics do not understand why bitcoin is volatile and why its volatility is likely to diminish," she said in her research note.

Jack Dorsey, in his turn, said that financial decentralization is a good thing in general, and leading to more opportunities and innovations. He also offered to revisit the history of the Internet and learn lessons about how quickly and positively disruptive technological things can be. "What really drives my thinking and drives my passion behind it is, if the Internet has a chance to get a native currency, what would that be? To me, it's Bitcoin because of those principles, because of its resilience," Dorsey said, referring to how the Bitcoin community sees the cryptocurrency as a way to help the socially challenged without respect to their race, origins and geographical locations as long as they are human, and support the deprived communities in general. But, "what inspires me the most [about Bitcoin] is the community driving it," Dorsey said. "It reminds me of the early Internet."

He stressed that the wide acceptance of politically neutral means of payments among the extended communities tend to lower inequalities and increase personal freedoms which eventually will lead to higher pace of global progress. "My hope is that this thing creates or helps create world peace," he said. "It's going to be long-term, but my hope is definitely peace."

ARK Invest purchased another 225,937 shares of Dorsey's Square worth around $58.5 million, based on Square's current price as of Thursday, July 22.
Vladimir Rojankovski, MBA/LIFA
VRM Research